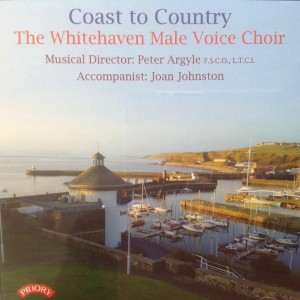 In April 2015 the choir recorded a new Compact Disc with Priory Records under the direction of Peter Argyle. The CD released in June 2015 entitled Coast to Country contains 20 tracks and is priced at £8. Available at choir concerts or from Chris Parrish, Tel: 01946 695349 / Stephen Parker, Tel: 01946 62766 Email: [email protected]

In November 2002 the Choir recorded their first Compact Disc, entitled ’25 Years of Song’ this was to celebrate their silver jubilee year. The recording took place in a local church and was recorded and produced by Neil Collier of Priory Records, one of the leading choral music recording companies in the country. The CD is available for £5 at concerts, or £7.50 inclusive of P&P from the Concert Secretary (see Officials/Contacts page). 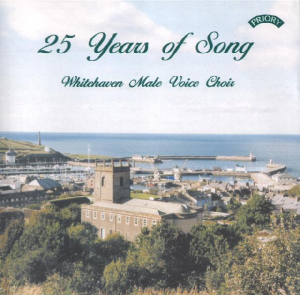 The choir have made several recordings for BBC Radio Carlisle, including an LP entitled Happening at St Andrew’s. They have also recorded several sea shanties for a permanent exhibition at The Beacon in Whitehaven. These can be heard on the mock-up of a ship’s deck in The Beacon.